We are pleased to announce that signing of the Protocol continues the long and prosperous cooperation between DDOR NOVI SAD a.d.o. and the COOPERATIVE UNION OF VOJVODINA.

Of course, the real benefit is that agricultural producers will have a direct and easy way of receiving all the necessary information, as well as most favorable and competitive insurance offers. This direct cooperation will also help DDOR NOVI SAD gain invaluable experience in the domain of agricultural practice and day-to-day activities, which it will, when needed, incorporate in existing and future insurance offers. 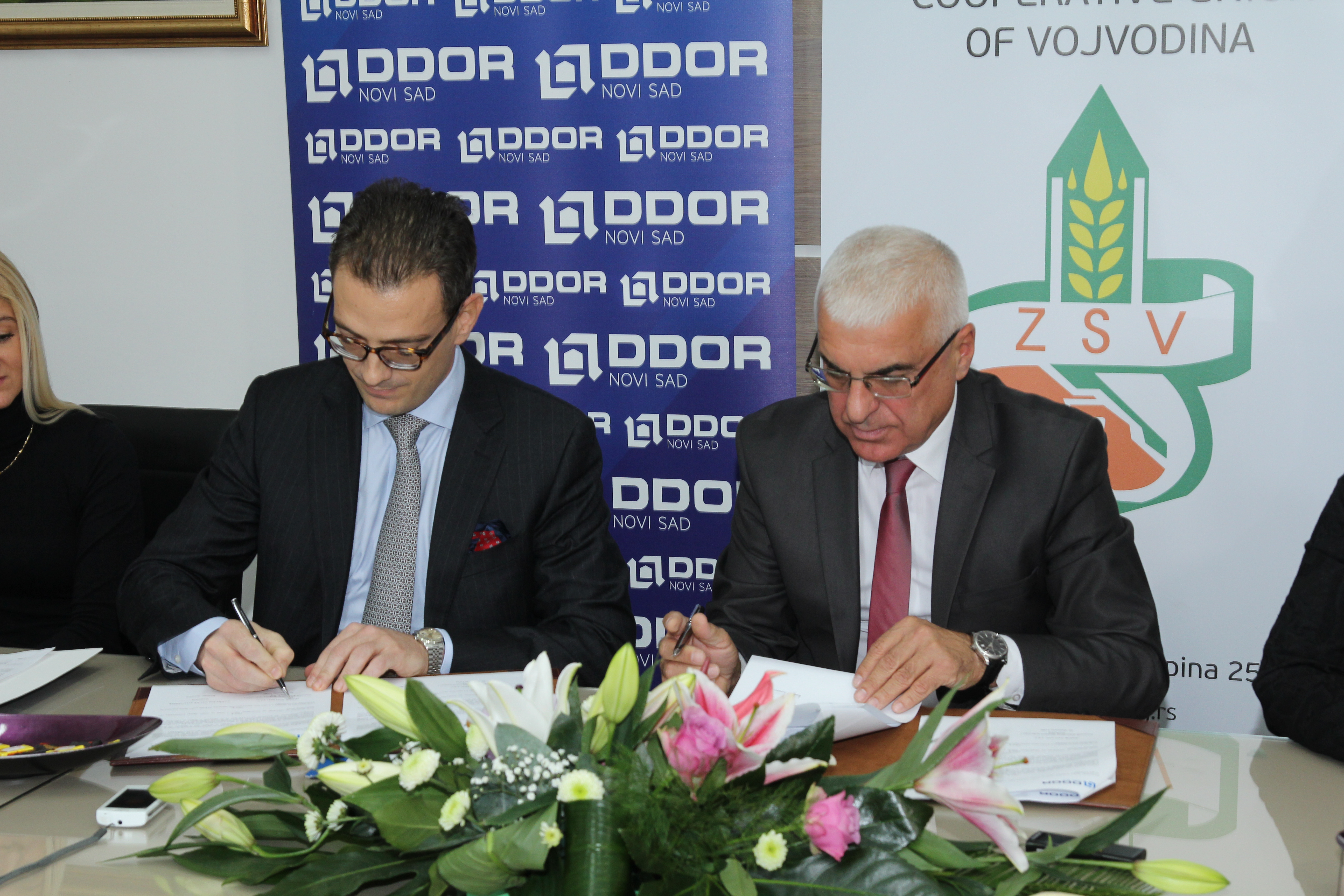 Here is an example of why this is necessary: it appears that the farmers from ex-YU countries were unaware that floods are the first in the list of as many as 133 natural disasters. Floods are followed by storms, earthquakes, draughts, and fires. This means that the percentage of insured agricultural households in these countries is unlikely to reach the percentage of insured households in France and Austria which is, according to statistical data, 80% and 90%, respectively.

Given the above, it is of paramount importance that larger areas of agricultural land be insured, which would go a long way in avoiding negative consequences not only for farmers but for the country’s economy as well. It is also vital that this type of insurance becomes mandatory, as is proposed by DDOR NOVI SAD and other insurers in Serbia, as well as organizations such as the COOPERATIVE UNION OF VOJVODINA.