The forum presented the projects whose realization requires foreign investments, which are much needed for increasing the economic growth. The goal of this forum was to present investment potential of Belgrade and Serbia. 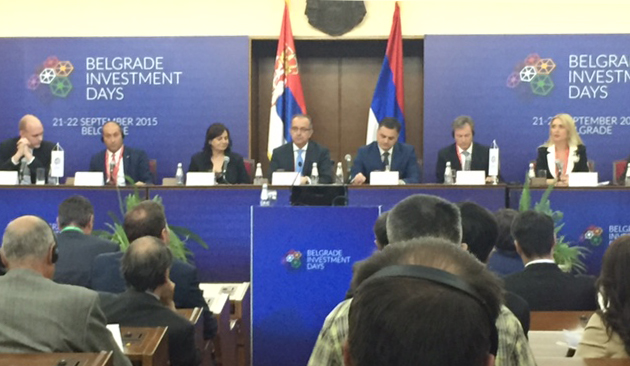 This forum, which is a unique platform that connects international investors and attractive projects in Serbia and Southeast Europe, was opened by Serbian Prime Minister Aleksandar Vučić. Those in attendance were also greeted by Željko Sertić, Minister of Economy, Tony Verheijen, the World Bank Country Manager for Serbia, Michael Davenport, Head of the EU Delegation in Serbia, and Siniša Mali, Mayor of Belgrade.

Topics discussed at this forum included direct foreign investments through greenfield, brownfield, and privatization; investments in infrastructure; public-private partnerships; investments in development of small and medium enterprises, etc. Also presented were the projects from the field of energy, ecology, and renewable energy sources.

It is precisely this forum that will decide whether this balance will change by the end of this year, when definite business agreements should be arranged.

Arranging public finances and adopting reform laws is a serious step towards the improvement of business environment and is recognized as such by foreign investors, participants of the Belgrade investment forum.

“Belgrade Investment Days” Investment forum was jointly organized by the Assembly of the City of Belgrade, Belgrade Chamber of Commerce, and CEDEF.

Any cookies that may not be particularly necessary for the website to function and is used specifically to collect user personal data via analytics, ads, other embedded contents are termed as non-necessary cookies. It is mandatory to procure user consent prior to running these cookies on your website.