A unique exhibition in Serbia, “Sava Šumanović and European realisms between the two world wars”, which will include the majority of works of one of the most important Serbian painters within three exhibitions and connect four countries, will open on September 24 at 20:22 h, marking the start of the visual arts week within the current Kaleidoscope of Culture in Novi Sad. 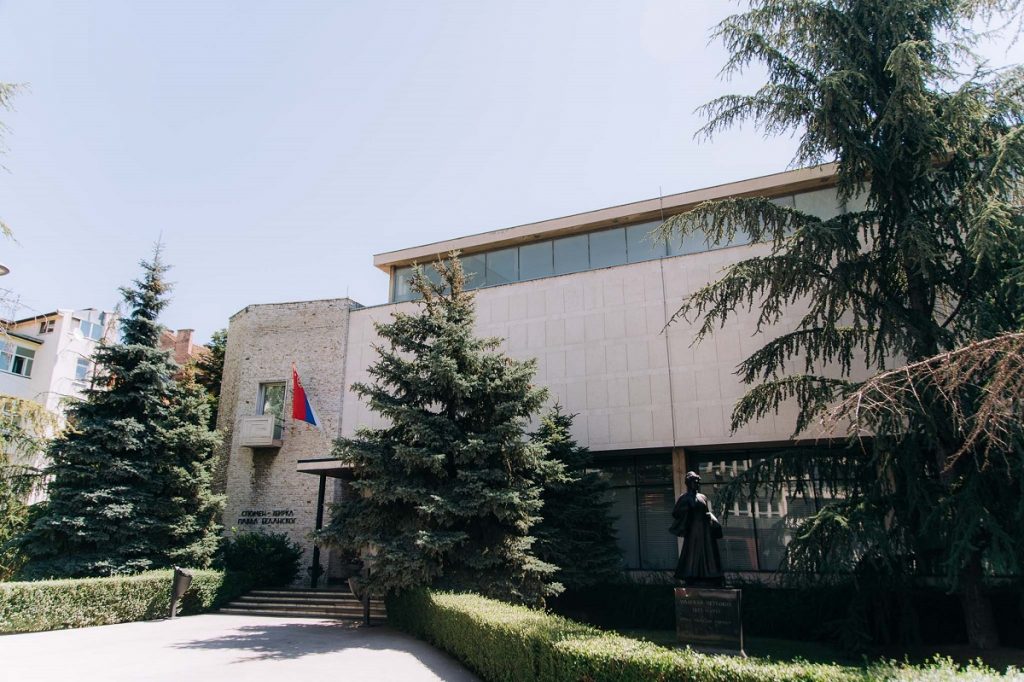 At the Gallery Square, a place that traditionally belongs to the visual arts, the Kaleidoscope of Culture, a key project of the European Capital of Culture, connected galleries of national importance – the Pavle Beljanski Memorial Collection and the Matica Srpska Gallery, which will have two exhibitions, the Fine Arts Gallery and the gift collection of Rajko Mamuzić, which has a program share, as well as the “Sava Šumanović” Art Gallery in Šid, where the third exhibition will be held.

“What was a dream in 2016 is now reality. The idea of new people, spaces, processes and programs and connecting them, which may have seemed impossible, can be seen today precisely in the example of the exhibition of one of the most important representatives of Serbian modernism, in three art institutions at the same time. It is a serious undertaking within the Kaleidoscope of Culture, which has shown on several levels that such things are possible, not only in Novi Sad, but also beyond, and that this should be our constant practice,” said the program director of the Foundation “Novi Sad – the European Capital of Culture”, Sara Vuletić, at today’s media conference.

Šumanović’s art from the period between 1919 and 1940 will be presented through works from the three mentioned museums, as well as loaned works by the artist from the leading national cultural institutions from our country, as well as museums from Croatia, North Macedonia and France.

“The importance of Šumanović’s works from the collection of Pavel Beljanski and the collection of modern paintings of the Gallery of Matica Srpska was indispensable in presenting the value of the cultural heritage of Novi Sad, in the year when this city holds the title of European Capital of Culture. The third link in the exhibition concept is the Sava Šumanović Art Gallery in Šid, without whose collection it would be impossible to draw conclusions about the creativity of this artist in national and international contexts. The opening ceremony will also include the ChoreoChroma project, which has its starting point in the art of Sava Šumanović,” explained the author of the project, Milana Kvas, and manager of the Pavle Beljanski Memorial Collection, the institution that is the project holder. The Director of the Matica Srpska Gallery, Dr. Tijana Palkovljević Bugarski, and the director of the “Sava Šumanović” Art Gallery in Šid, Jovana Lakić, presented the exhibits in the exhibition spaces of their institutions and emphasized the importance of this inter-museum cooperation.

“This is the beauty of the European Capital of Culture as a project that enables some things that are otherwise not possible, encouraging us to be better and make steps that our audience and our city deserve,” said the Manager of the Matica Srpska Gallery, Tijana Palkovljević Bugarski.

From an imposing art collection that marked the visual arts week of last year’s Kaleidoscope of Culture, to safety and preservation of those works of art as the biggest national treasure, DDOR osiguranje is an important participant in the Gallery Square and the official insurance of the project “Novi Sad – the European Capital of Culture” and program arch Kaleidoscope of Culture, and also the partner of the visual arts week. 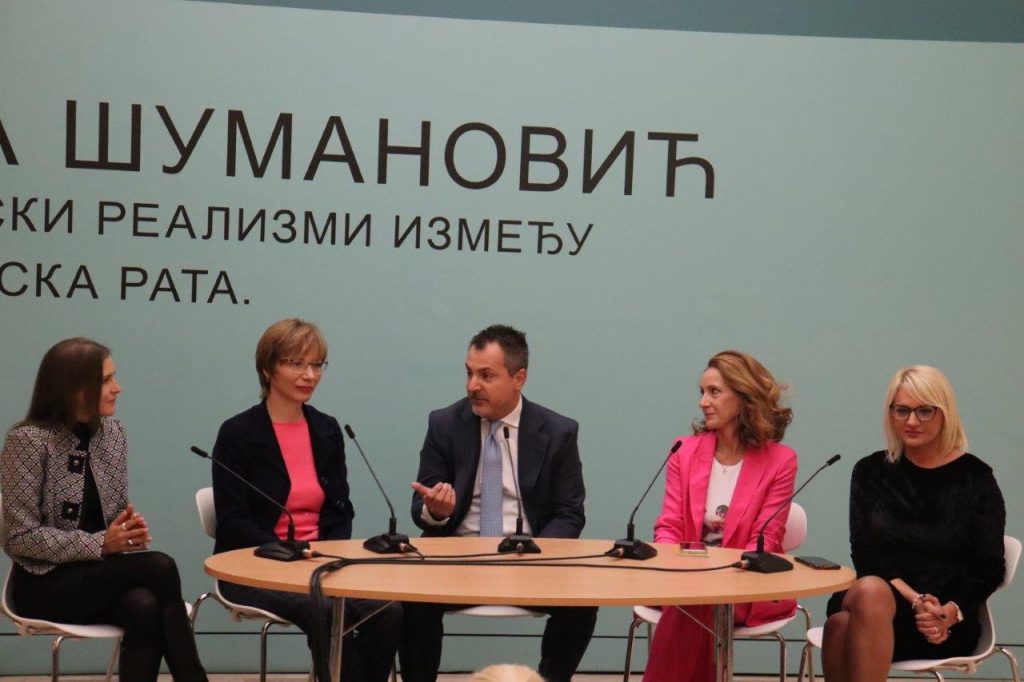 “When it comes to preserving cultural heritage, Unipol, our parent company, supports initiatives and projects in the field of culture and art. When we focus on visual arts, Unipol has established its own special museum called CUBO, where we promote culture by organizing events and exhibitions with different themes to convey this important heritage and values ​​of the Unipol Group to the community. With this project, Unipol has supported exhibitions of world-famous artists such as Monet, Chagall, Renoir, Picasso, Van Gogh, Dali and many others. DDOR has recognized the importance of promoting and supporting art through various initiatives, ranging from the purchase of works by young authors that adorn our premises, to cooperation with the Foundation Novi Sad – European Capital of Culture, which is of great importance for our city. By supporting the Kaleidoscope of Culture project, which is traditionally held at our Gallery Square, we want to further strengthen our traditional commitment to art and culture. This year’s exhibition of paintings by Sava Šumanović, one of the most outstanding artists in Serbia of the last century, makes us extremely proud. I hope all visitors of the exhibition will enjoy these works,” said Francesco Masci, Chairman of the Executive Board of DDOR osiguranje. 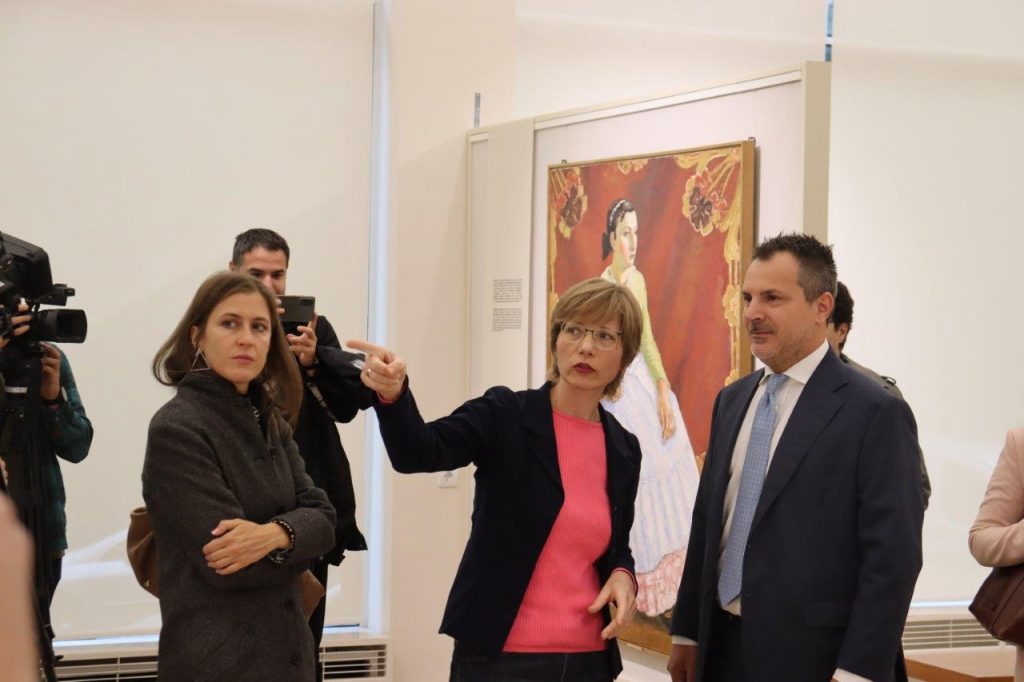