For the third consecutive year, DDOR osiguranje has confirmed its business and strategic orientation to be an active participant in increasing the level of safety in transport and the awareness of importance of insurance. This time, DDOR has financed 1,500 free trainings for young drivers from 94 cities in Serbia, who received their provisional driver’s license in 2016. We have so far invested over RSD 5 million in this campaign. 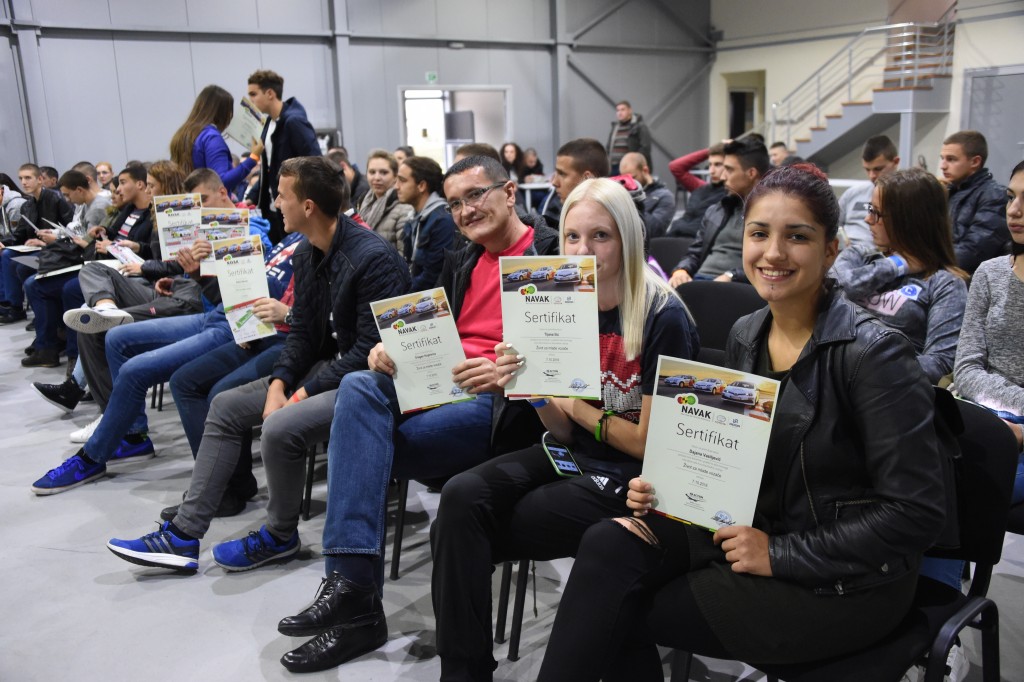 Unfortunately, statistics show that novice drivers are the most vulnerable category of traffic participants. Together with NAVAK, OMV and the Ministry of Interior of Serbia, DDOR has recognised this problem and became systematically involved in resolving it. Thanks to this, young drivers have received an opportunity to undergo specially designed safe driving trainings for free, and thus improve their knowledge of safety in traffic and their driving skills. Through mostly practical, but also theoretical activities, in a completely realistic and controlled environment, the drivers went through dangerous situations that they might encounter on the road, so that they would learn how to react in such cases.

The participants are beyond pleased, and the conclusion is that this type of training is highly useful.

We are very pleased with the results of this campaign that showed the following, according to statistical data of the Ministry of Interior of Serbia: